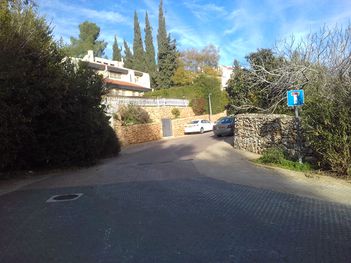 Ramot Bet is a neigborhood in Ramot, Yerushalayim. 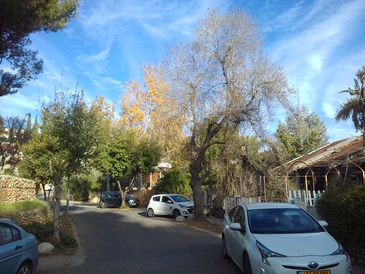 Side street in Ramot Bet

In recent years Ramot Bet, located in the northwest part of Yerushalayim has been seeing a large influx of young American families.

What was once a total secular Israeli neighborhood, is now transforming into a young vibrant frum American community. English has been making impressive inroads in the local groceries, shuls, and of course the Ramot Mall.

All types of people have made their homes in Ramot Bet, some of which are; Chardal, Chabad, Conservative, Dati Leumi Chareidi, and secular.

Among the Chareidim, of which there are about 30-40 American families in the kehillah, you have; the Yeshivish, some Chasidim, and Balabatim. Additionally there are several Ba’alei Teshuva families. All in all, with the population being a large mix, the neighborhood fosters a warm, open minded, and no extreme judging atmosphere.

Rabbi Yochanan Borger is originally from Argentina. He understands English a little bit. Spanish or Hebrew is much better. He is known for his weekly halachic analysis called Shmeitsa Amikta which is distributed throughout Israel.

There is a Beis Horaah in one of the shuls twice a week (Hebrew).

Rav Asher Weiss lives very close by in Ramot Gimmel. He is a world renowned talmid chacham and posek who speaks fluent English, offers many shiurim and gives of his time for anglos.

There are many other talmidei chachamim and resources for English speakers in the greater Ramot area. 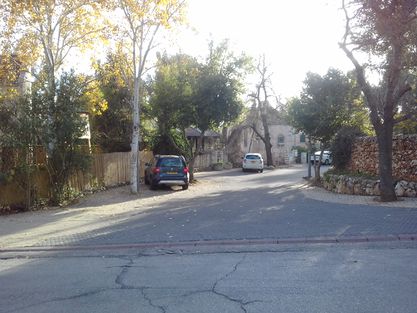 There are many shuls in Ramot Bet. To name a few are; an English speaking Dati Leumi shul, a Chareidi Minyan with A prominent Rav from South Africa, and conservative centers too.

Of particular interest to the potential modern orthodox Anglo immigrant is Congregation Mitzpe Ramot, a kehillah composed mostly of veteran and newer Olim from the US, Canada, the UK, Australia, and South Africa. 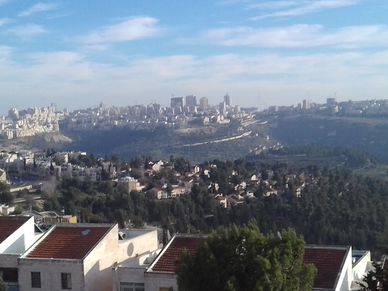 A number of schools of various types are located in close proximity. The Chareidi community offers a Cheder (classes until fifth grade)

The menahel of the cheder is Rabbi Chaim Orlowek (son of the well-known mechaneich Rabbi Noach Orlowek) The cheder is in Hebrew and accepts olim if they fit the criteria. The Cheder does not offer any specific programs for the Olim, rather it integrates them into the already existing cheder environment. Rabbi Orlowek speaks English fluently.

Elementary girls attend school in Ramot Gimmel or other parts of Yerushalayim. Plenty of Ganim offers  the option of preschool and daycare. Besides for one daycare exclusively in English, all the education options in Ramot Bet are Hebrew speaking.

Many Chugim (extra curricular classes) are catered towards young girls and boys separately, that encourages them to bring out their talents. Furthermore, the community has an active English speaking N'shei. They have regular Melave Malkas, many gemachim, and primarily they are there for each other, offering support and assistance in happy or challenging times.

Additionally, for the men, there are several shiurim; Daf Yomi, Gemara, and Halochah.

There are also local night kollels and the area is very close to major Torah centers e.g. daily busses to and from Mir.

Ramot Bet is adjacent to a lovely woodland area where many people hike.

Being a neighborhood in Yerushalayim, a mountainous region, the weather gets hot during the day and extremely breezy at night.

Ramot Bet boasts rows of semi detached and private homes, which give the neighborhood a more suburban feel. Living in a private home and in particular an unattached house, is a luxury in Jerusalem, where the majority of people live in apartments.

Being that there are many different types of housing, prices really depend. In general it can be 1.5-2.5 to buy.

The center of Jerusalem (Bar Ilan) is fifteen minutes away. Excellent transportation via bus makes it extremely easy for residents to travel basically anywhere in the city. Har Hotzvim, a nearby high tech industrial park, is about four minutes away. In addition, some residents work outside of Jerusalem, traveling to Modiin or Tel Aviv via the Modiin train.

It is not necessary to own a car, due to the many buses available frequently throughout the day.

Ramot Bet boasts a major shopping center in the area that features a supermarket, bank, restaurants, coffee shops, a bakery, pharmacy, gift shops, and many other types of stores.

The relatively cheaper and more spacious housing, as well as the close proximity to the center of town, offers a great opportunity to many young Anglo families who are looking to stay long term in Yerushalayim.