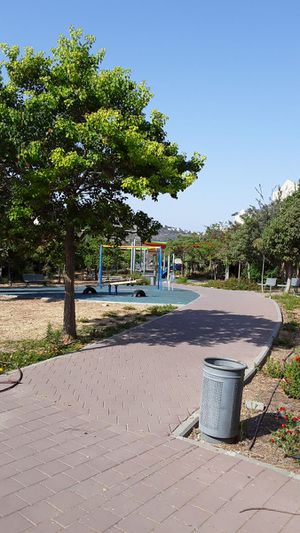 The neighborhood was built in 2004.

Over 900 families have already made their homes here. Anglos estimated at 25%-30% of the population, mostly Yeshivish or Chassidish. There are several families of Ba'alei Teshuvah who are very well integrated. The neighborhood is home to a large Belz community of 200 families, of which 5%-10% are Anglos.

Most men learn in kollel and some work part time in various yeshivos and seminaries, while many women work to support their families. Some immigrants continue working their American jobs from home.

In most families here, the men who work were first in kollel for a few years.

Rav Wittenstein, who is American, is rav of many Anglo families, although his shul functions officially in Hebrew.

Rav Horowitz is a Chassidish rav who has two shuls catering to the Israeli bnei yeshivos.

Rav Golan and Rav Kahana have a more balebatish crowd.

There are 4 Sefardic rabbanim, including one Moroccan. 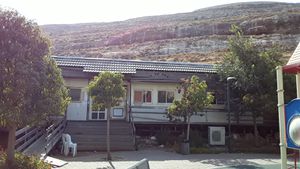 A shul in Agan HaAyalot 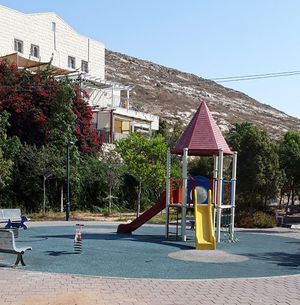 There are three cheiders - one Sefardic and two Litvish. All three are Yeshivish Israeli Hebrew-speaking. There is also a Belz cheider and gan (preschool), and they also have their own classes in the local Bais Yaakov.

Girls attend the local Bais Yaakov which also has separate English classes. There are many gans and daycares; government funded and private. The local schools integrate the students very well into Israeli Chareidi society.

There are Daf Yomi and gemara shiurim, and a kollel also for balebatim.

Agan HaAyalot is in a valley. The weather is a few degrees lower than Yerushalayim.

In general there is a nice breezy wind. 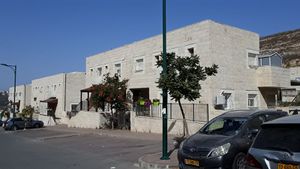 There are many apartment buildings with six to eight units. There are also many semi-detached houses and duplexes with private entrances. Every house has a yard or large porch.

A typical apartment can cost anywhere between 1.5 - 2.5 million NIS, depending on the size. 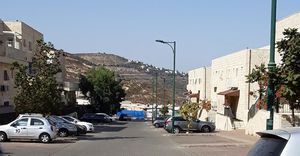 Cars parked in Agan HaAyalot. You can live without a car here, but it does make life easier.

It's a 13-14 kilometer drive to Yerushalayim.

There are 3 different bus lines/routes. On busy hours buses run about every 10-15 minutes. It is approximately a 10 to 15-minute bus ride to the shopping mall in Ramot, and a half-hour bus ride to Ramat Eshkol. The local transportation is quick and very reliable.

Though owning a car definitely makes traveling easier, it is not a necessity.