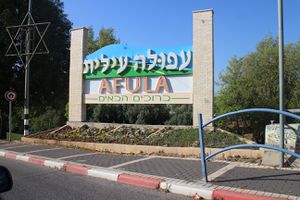 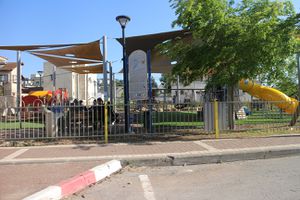 Park on Rechov Asaf Simchoni, where many Chareidim live

Afula itself is historically an immigration town. Immigrants originally came from Morocco, then more places. Now there are 50,000 people. There is every type of Sephardi Shul. Overall there are approx. 70 shuls. The general area is mostly Sephardi, extremely warm, full of Emunah, welcoming, growing in Torah.

There are many non-observant Jews, Russians, Ethiopians. In the city there are many Arabs as well, though in Afula Illit not so many. There were no incidents with the Arabs in the recent unrest (May 2021).

In Afula Illit, the Chareidi presence is made up of three groups. There is a significant Ashkenazi presence: 50-70 Ashkenazi Litvish families, almost all Israeli. There is also a large group of Viszhnitzer Chasidim, 220 families. Both these communities have developed over the past few years. There are about 100 Sephardic families who self-identify as Chareidi, many of them avreichim. All these kehillos are growing.

Many members of these communities are younger families with young children. There are very few families where the head of household is over 45.

There is a huge sense of achdus in a heartfelt way. The common denominator of the small Ashkenazi kehillah is that everyone is there to serve Hashem without community pressure to conform with all the external aspects of some larger communities. It includes a large range of the Chareidi spectrum, and everybody gets along and are happy living among each other. There is a strong sense of community, and people happily help each other.

The rav of the Vizhnitz community, Rav Mendel Tobak, speaks English as a second language (grew up in America).Everyone feels comfortable speaking with him, as he is very approachable.

There is also the Sephardic rav of Afula Illit, HaRav Veitzman.

There are several rabbonim in the nearby community of Giv'at HaMoreh. 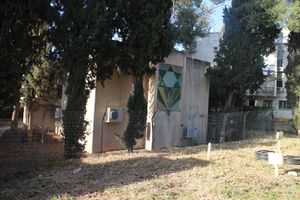 Netzach Shul from the front 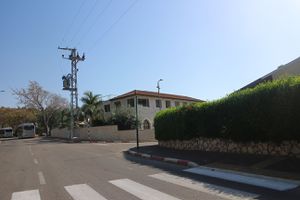 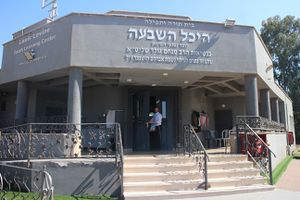 There are many Sephardic shuls. Vizhnitz has a central shul as well as a shtieble called Kerestir.

First Ashkenazi Shul was Netzach Yisrael (nusach Sefard). There is a new Nusach Ashkenaz minyan on Shabbosim in another area of Afula Illit.

The Litvish cheider and general Bais Yakov are in Giv'at HaMoreh, with hundreds of children. The cheider, Derech Emes, teaches according to the Zichru method.

For now (2022 school year) it is very difficult to get accepted into the boys cheider for lack of room. The other closest options for Ashkenazi Chareidi cheider are in Har Yona. There is talk about opening another Ashkenazi Litvish cheider in Afula Illit.

Vizhnitz have their own mosdos.

There are several Sephardic chadorim in their early stages, each with a different emphasis.

For yeshiva high-school, there is a yeshiva ketana in Giv'at HaMoreh.

There is an established and well-respected Litvish yeshiva gedolah (post high school) in Afula Illit. The staff is mostly part of the kehillah in Giv'at HaMoreh. 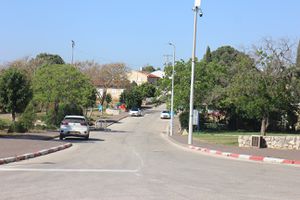 At the northern edge of the Emek Yizre'el valley, about halfway between the Mediterranean and the Jordan River.

Can get very hot (but not humid) in the summer; in the winter you may be able to get by without a coat. 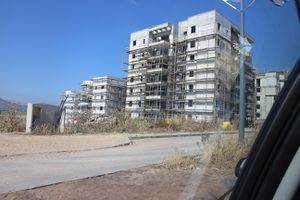 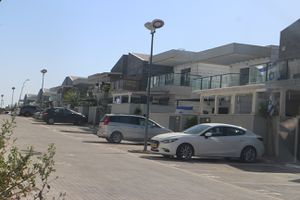 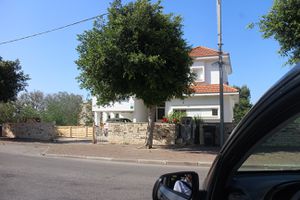 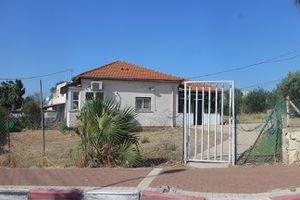 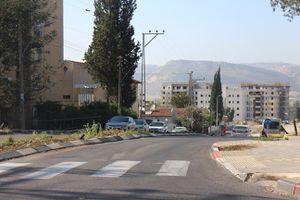 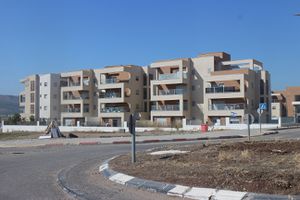 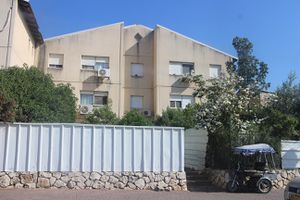 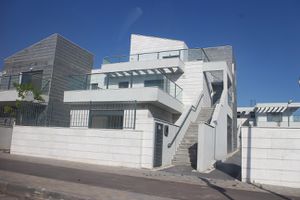 There are about 4000 households in Afula Illit. The properties are mostly private houses, though there are also many small apartment buildings.

There is much new construction going on, including larger apartment buildings. A huge percentage of the new construction is slated for Chareidim (mostly Vizhnitz projects, some of which they market to the general Chareidi kehillos).

The small private homes can go for 800K NIS and up, with a 180 meter home on a large lot going for 1.5 million NIS. There is no new construction of private homes, but there are small buildings of 2 floors with each apartment having a private entrance. There are also private lots being sold, where one can build their own home.

There are local buses connecting the communities of Afula Illit and Giv'at HaMoreh to the city (about a 20-minute ride), as well as to each other. There is a bus also to the train station (about a ten minute ride), which connects Afula with Beit She'an to the east and Chaifa to the west, and from there to the rest of the country.

There is public transportation directly from the neighborhood to Bnei Brak, Tzefat, Yerushalayim.

From the central bus station in the city, there are many buses daily to Yerushalayim, as well as many other destinations.

Most avreichim in the kehillos of Afula Illit and Giv'at HaMoreh do not have cars, and rely heavily on public transportation. 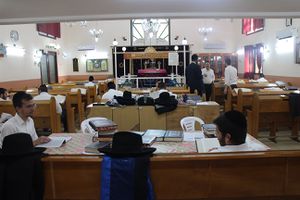 Avreichim in kollel in the Netzach shul

Of the new Litvish kehillah of 50-70 families, about half are in kollel and half are working.

There are several kollelim in Afula Illit, some who have avreichim from nearby communities, including Giv'at HaMoreh. There are some local avreichim who learn elsewhere, such as in the city.

There is a local organization, as well as a member of the Giv'at HaMoreh community, which help with job placement. Many people have started working remotely, since corona.

There are big supermarkets in the city, including a branch of Rami Levi.

There are smaller local supermarkets in the neighborhood.

For meat with the common Ashkenazi hechsheirim, there is a monthly order.

The large hospital serving the entire general area, HaEmek, is within walking distance from the communities, and connected to the community eiruvin. It recently opend a new maternity wing.

In general, there is good quality medical care.

The dominant kupot cholim (insurance) which have medical clinics in these neighborhoods are Clalit and Meuchedet.

Nothing mandatory, though the schools do have their own codes (kosher cellphones, etc.).

Nothing official, though the general atmosphere is one of acceptance.