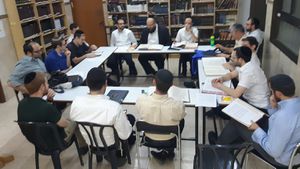 Rechovot (Hebrew: רחובות), officially spelled Rehovot, is a city in the Central District of Israel, about 20 kilometers (12 miles) south of Tel Aviv.

There are several chareidi/ Yeshiva-oriented shuls in Rehovot. The Ashkenazi shuls include Kollel Bar Shaul, Lev L'Achim, Heichal Zerach, Pai, all of which have some English-speaking members. However, Beit Chatam has a predominantly English-speaking membership and many of its shiurim and programs are in English. There are also many Sephardi and Yemenite batei knesset, some of which are chareidi.

Kehilas Chatam was founded in 1981 by a group of inspired families looking to grow in Torah learning and avodas HaShem. The founders felt that Rechovot’s large and growing English-speaking community was in need of Torah advancement. What started off as a few organized shiurim has now developed into a unique kehillah under the leadership of Rav Dovid Stein, shlita. It is now a full fledged kehillah of Anglo families, complete with assistant rav, Rav Yosef Ashenberg, and thriving shul committees.

Residents are a mix of religious and non-religious with a long standing tradition of getting along. The city has a large proportion of Shomer Shabbos and traditionally-minded residents.

There are a fair proportion of Anglos in the city (both religious and non-religious), but a family coming to live here should expect to make more of an effort to integrate, speak Hebrew etc. than if they went somewhere like Ramat Bet Shemesh or various Yerushalayim neighborhoods. Many of the Anglos looking for a frum community become involved in the Chatam community, which is a Yeshiva-oriented community with a diverse group of members.

Unlike in many Chareidi cities and towns, Rechovot, due to the many integrated neighborhoods, does not close its streets on Shabbos. Nevertheless as Friday afternoon comes, the streets quiet down and becomes almost deserted as people are busy getting ready for Shabbos. The vast majority of stores are closed on Friday afternoon as well. Many of the streets and even buildings have mixed populations with chareidi, dati, traditional, and secular families living on the same street. There are also two small all chareidi areas - Kretchnev (divided into two areas) and Vishnitz (the current population of which is mostly chareidi but not chassidish). But these streets themselves are surrounded by streets with mixed populations. In recent years the chareidi population has greatly expanded and now covers at least partially many more streets. 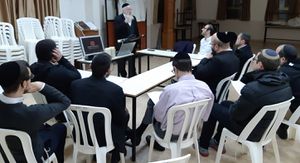 Rav David Stein, Senior Rabbi of Chatam, has a unique background, one which allows him to connect to all Yidden. In the US, he learned in Yeshiva University and under HaRav HaGaon Rav Abba Berman ZT'L. Upon arriving in E"Y, he continued his learning in Kerem B’Yavne and Charedi kollelim. These diverse batei midrashim gave him a unique understanding of Yiddishkeit from multiple perspectives. Rav Stein immigrated in 1978 with the dream of combining the warmth and devotion to Torah learning and scrupulous kiyum hamitzvos of the Charedi world with the yashrus and self-sufficiency of the Dati Leumi world.

Rav Yosef Ashenberg, Assistant Rabbi, spent two years in Yeshivas Ner Yisrael of Baltimore and then over eight years in the Mir, followed by four more years in Rav Aryeh Colton's kollel (Ateres Elimelech), covering Ribbis and Shabbos. Prior to coming to Rehovot, Rav Ashenberg was an active member of Rav Yitzchak Berkovits's kehillah in Sanhedria Murchevet, receiving smicha in Yorah Yorah, Maaros, and HaDamim. He continues regular shimush by Rav Yitzchak Berkovits, alllowing our wonderful kehilla to have a close connection with one of the Torah leaders of our generation. Rav Ashenberg has been zoche to have relationships with many Torah giants including: Rav Refael Shmuelvitz, Rav Peretz Tarshish, Rav Dovid Potash, Rav Mattis Deutsch, Rav Moshe Shapiro, and Rav Usher Weiss. He has written for Partners in Torah and, while living in Givat Zev, gave regular chaburos in Hilchos Shabbos. Having taught a plethora of chassanim, Rav Ashenberg specializes in keeping them sane after marriage.

Other highly respected rabbonim in the chareidi kehilla include Harav Avraham Yitzhak Hacohen Rubin (known as Rav Hacohen to distinguish him from the other Rav Rubin), rav of Kollel Bar Shaul and a member of the Sheeris Yisrael Beis Din, and Harav Avraham Yisroel Rubin, rav of the Pai Shul and the "Rav Rubin" of the famous hechsher.

Rehovot is home to many, many shuls of all types. Perhaps unique to Rehovot is the fact that here is a place in EY where frum Jews of all stripes regularly daven side by side, particularly in the Pai shul which is Rehovot's central shtieblach.

Beit Chatam (Chug LeTorah U'LeMachshava) is a Yeshiva-oriented shul and community with a large number of English speakers, though many shiurim are give in Hebrew. It is known for its warm welcome and inclusiveness to many types of frum people.

There is also a shul with a religious-Zionist orientation called the Berman shul, with about 85% Anglo immigrants.

There is a range of many Torah institutions for children, ranging from classic Chareidi chadorim to Mamlachti Dati day schools.

Cheder Habe'er is a classic Litvish cheder, feeding into chareidi yeshivos ketanos. It runs from gan (aged 3) to 8th grade. There are also two Sephardi Talmudei Torah. There is a chassidish cheder in the Kretchnev community.

Talmud Torah Etz Chaim, founded in 1988, is a Chareidi cheider that offers a strong limudei kodesh program together with a serious program of secular studies. The cheider emphasizes the love of learning Torah and how to be a mentch. There are two parallel classes (25-30 kids) a grade and it keeps growing every year. Eitz Chaim is funded by the government and tuition is 200 NIS a month.

Bnos Eitz Chaim is a girls school that was opened in 2018 catering to the Chatam kehillah. The principal, Mrs. Sara Rina Shechter, lives in Ramat Beit  Shemesh and worked for many years in a school there, Magen Avot, where there are many immigrants. Bnos Eitz Chaim is under the Ministry of Education (Mamlachti Chareidi) and has a very high standard of both kodesh and general subjects. Where in the typical Israeli school system, children start learning English in third at fourth grade, here they begin in second grade. There are currently three classes and one special education class, and it keeps growing every year. The school has a spiritual, positive atmosphere and the teachers emphasize the importance of derech eretz and teach emotional, social, and life skills.

Post-elementary many of the boys continue on to one of the yeshivos ketanos in the city - Hatz'eirim, Rav Chasin (Sephardi), and Chochmas Shlomo, while others attend yeshivos ketanos in Yerushalayim or Bnei Brak. There are two yeshivos gedolos in Rehovot - Meor Hatalmud, headed by Rav Avraham Yitzchok Hacohen Kook, and Chochmah Vedaas, although the majority of bachurim from Rehovot learn in yeshivos gedolos outside the city.

For girls, the BY high school serves almost all the girls up until the end of 12th grade, after which the girls travel daily usually to Yerushalayim or Bnei Brak for the two years of seminary. Some girls dorm in Ofakim or Rechasim.

Beit Chatam has lectures and shiurim in English for men and women. There is also an emphasis on activities and shiurim for seniors and kids ranging from preschool to post high school.

Catering to the men, there are possibilities of kollelim on many levels. To name a few are Bar Shaul, Yeshivas Moreh HaTalmud, or rebbe Brenners kollel. Daily Daf Yomi shiurim are given by Rav Stein, there are halachah shiurim, father/son learning and many more exciting programs throughout the year.

The women have a Sisterhood that has weekly parsha, halachah, and Tehillim shiurim, as well as occasional guest speakers from around the country. The annual Ladies Purim and Chanukah celebrations are social outings not to be missed.

As an extremely close knit community, Chatam goes out of their way to welcome and include the entire kehillah, be it men, women, and families as a whole. There are continuous events and programs such as an annual Melave Malka, community outings, and community Motzei Shabbos lecture series which enables members to get to know each other, reconnect, and learn something along the way.

Rechovot has a chareidi matnas (cultural center) offering exercise and leisure activities for all ages. The matnas, the Moatza Datit, and other interested individuals and groups, offer series of shiurim and individual events - sometimes hosting nationwide famous rabbonim and darshanim. Of course there are a large number of daily and weekly shiurim for men on all levels in the various shuls.

Rechovot is a beautiful city with plenty of greenery, large trees, and parks. The climate is mild in winter and less hot and humid than Gush Dan in the summer.

There are mainly apartment buildings. Prices to purchase an apartment range from a four bedroom costing about 1.8 million NIS, to a house that can be 3.5 million NIS. Rental ranges from around 2000-2500 for a "yechida" for a young couple, and upwards. There are also one family homes in some streets in the chareidi area.

Practically every place in Rechovot is reachable by foot. Some places will require the use of a car, but it is not a necessity. There are several local bus routes enabling easy access to shopping centers, the central bus station, and the train station for those who don't want to walk.

There are various bus services connecting Rechovot to other major cities in the area. Rechovot’s central bus station can be accessed directly from the shopping mall. Most bus lines have additional pick up stops along Herzl street (the main street).

The train provides fast access to Tel Aviv, and north and south Israel.

Tel Aviv is 25-45 minutes away by car depending on traffic. There are regular (approximately hourly) buses to Bnei Brak and some buses to Yerushalayim (early in the morning and in the afternoons) directly to and from the chareidi/ Chatam area, avoiding the need to go to the CBS. Otherwise buses run approximately hourly to Jerusalem. Similarly, buses from Jerusalem starting from 8.30 p.m. drop off at bus stops in the chareidi/ Chatam area.

From the time it was founded in 1890, Rechovot has attracted attention from abroad. The world famous Weizmann Institute of Science, the Robert H. Smith Faculty of Agriculture, Food & Environment (HUJI) and assorted hi-tech and biotech businesses define the character of this modern city. Along with the two academic institutes in Rechovot, other universities such as Bar-Ilan and Tel Aviv are within an easy commute making Rechovot a true University town.

The ongoing influx of visiting academics from abroad helps infuse the city with a truly international flavor.

It is a community composed of many professions.

An advantage of living in Rechovot is the location being in the southern tip of the merkaz (center), with its many opportunities.

Herzl is the main street of the city. There are lots of stores and a spectacular, American style, shopping mall with hundreds of stores. It also houses the municipal offices, the Ministry of Transportation as well as the central bus station.

There are several mehadrin supermarkets in the chareidi areas with a wide range of mehadrin products, including fruits and vegetables (Yesh, Bar Kol, and a chain of smaller supermarkets).

Kaplan Medical Center is one of the country's major hospitals, and is situated in Rechovot. It is owned and operated by Clalit Health Services and is affiliated with Hadassah, Hebrew University of Jerusalem.

In addition, Rechovot also has the following health clinics; Meuhedet, Clalit, and Macabi. Clalit operates two clinics in the Chatam area - one almost next to Chatam which is small, new and aimed at the Chareidi population. And another, Palmach, with a staff including a male (from Chatam) and female Chareidi doctors, pediatricians, pharmacy, blood tests, nurses, etc. Both Meuhedet and Clalit have appointments for some specialist doctors in the immediate area. Clalit has its major specialist center in Remez Street which is a short car or bus ride away.

Rechovot has a reputation for welcoming immigrants.